The Evolution of a Marine Communications Trifecta 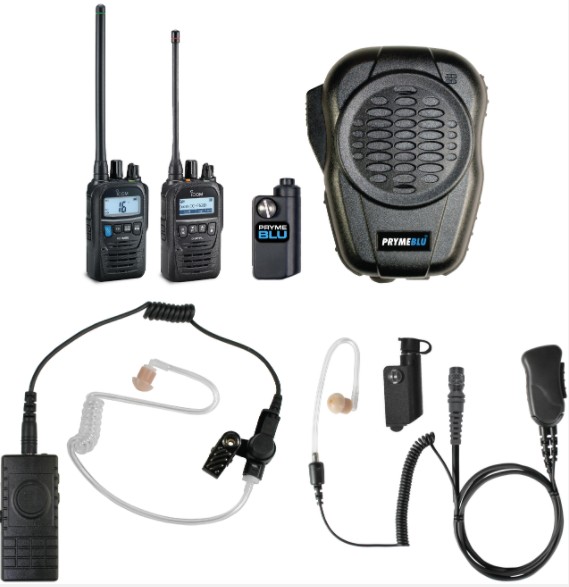 Marine radio communications are uniquely different than traditional land mobile.  Smaller vessels from 80 to 180 feet typically use VHF handhelds for internal and external communications.  Now, some VHF two-way radios include both marine and land mobile frequencies with programmable channels for navigation and communications.

Vessels from 180 feet to as large as 600 feet require the more powerful UHF signal to transmit effectively through bulkheads, floors and hulls.  Newer programmable portable radios allow users to departmentalize channels so they can talk to each other separately or as a group, such as deck, engineering, or interior channels for crew-to-crew communications.

In 1989, National Marine Suppliers became one of the first yacht support groups to provide boat owners, captains and crews with everything they need, from logistics and engineering, to provisions and communications equipment. Comprised of maritime specialists, the National Marine team has since earned a worldwide reputation for superior service throughout the yachting industry.

David Mclain, Marine and Avionics National Sales Manager, will soon celebrate his 10th anniversary at ICOM America.  From his years with ICOM coupled with a long history as Electronics Buyer for one of the largest marine retailers, Mclain has an extensive electronics knowledge base and deep relationships with yacht crews.  This background is ultimately what led him to discover a synergistic radio accessories partner with a comparable track record for proven reliability.

“I originally heard about Pryme’s high quality radio accessories through the public safety and land mobile industries,” said McLain.  “Pryme always offered unique products no one else had, including accessories that enhanced our marine radio capabilities.”

For maritime communications, radios are rarely used without an accompanying headset or speaker microphone.  National Marine saw value in packaging ICOM radios with Pryme accessories for yacht and commercial customers.  ICOM’s M85 Marine Handheld with dual frequencies has become one of the most popular radios among captains and crews of smaller vessels due to its exclusive ability to penetrate different depths.  Its prominence increased further when combined with Pryme’s SPM-3020QD or SPM 120 wired headsets.

Doug Tardif, Operations Manager at National Marine Suppliers said, “Pryme’s SPM-3020QD is the go-to wired headset for internal staff communications because it has a smaller, more discreet earpiece and lapel mic, while the SPM 120 lapel mic is a bit bigger and better for external communications.”

Hard-wired communications are most common, but wireless has begun to proliferate within the marine industry.  However, transitioning to new technologies is often challenging for some end users.  As a company built on service, National Marine has made a concerted effort to help educate customers on the benefits of wireless Bluetooth.

Tardif, who is also celebrating a 10-year work anniversary, said “Our primary purpose is to listen to our customers.  We have multitudes that have been with us for a decade or more.”

Though technically not a marine radio, ICOM’s F62 analog/digital portable with built-in Bluetooth and VHF/UHF frequencies is being used more and more on boats. In fact, maritime demand has risen so quickly, the Bluetooth version may soon surpass its two-way counterpart.

ICOM’s McLain said, “Wireless communications are rapidly gaining acceptance within industrial marine, but there are still a large number of two-way radio users. Many aren’t yet aware that the M85 can be easily converted to Bluetooth with Pryme’s adapter, yet we’re already seeing a spike in two-way purchases due to this wireless dongle.”

Over the last decade, National Marine Suppliers have provided thousands of ICOM radios and Pryme accessories to megayacht owners, captains and crews. In that time, they have proven rugged enough to endure the extreme elements inherent to the industry.

“Radios and accessories take an especially harsh beating in marine environments,” National Marine’s Tardif said. “Both ICOM and Pryme are made from solid stuff that stands up really well with no issues whatsoever.”

For 2020 and beyond, National Marine is looking forward to the introduction of ICOM’s intrinsically safe versions of the M85 and F62 radios. ICOM’s new M37 Handheld VHF radio may also become a new entry-level option for mariners that don’t require land channels.

“Who knows,” said Newcomb.  “With Pryme’s ability to manufacture custom solutions, the M37 might soon have a wireless Bluetooth dongle to go with it.”

Coincidentally, another anniversary is being observed as Pryme reaches its 25-year milestone, making it a celebration trifecta for all three companies.

Headquartered in Brea, CA, PRYME has been a leading manufacturer of high quality mobile communications products for over 30 years. PRYME offers professional wireless and wired accessories for virtually every two-way radio and most PoC applications.  Designed, engineered and built in-house, PRYME is devoted to innovating new technologies that serve a wide range of industries, as well as customizing products for almost any end-user need.  PRYME’s Chief Technologist and President Dave George, is a key influencer in the public sector’s transition from radio to broadband, holds 29 patents and is the inventor of multiple award-winning products. www.Pryme.com

National Marine Suppliers, based in Fort Lauderdale, Florida, is a premier yacht supplier and logistical support group. We have worked alongside yacht owners, captains, crew, and management companies for over 25 years. With an unbelievable staff of specialists, a facility over 200,000 square feet, and locations in Fort Lauderdale, FL; Milano, Italy; Aalsmerderbrug, Netherlands; Isle de Sol, St. Maarten; and Yacht Haven Grande, St. Thomas; there is no job too large or too small for National Marine Suppliers.  https://www.nationalmarine.com/

Icom America (part of Icom Incorporated) is a leading communications solutions provider. Icom began as engineering and manufacturing company, making advanced, compact solid-state radio equipment for use by amateur (ham) radio enthusiasts. Icom has since grown to become an industry leader with a product line that includes state-of-the-art communications equipment for land mobile, marine and avionics. Icom America was founded in 1979. With the exception of Cuba, Icom America is responsible for representing Icom products within the entire Western Hemisphere.   http://www.icomamerica.com/en/

This article and more are available to read, for free, in the latest edition of Superyacht Technology Blueprint here.