HDR10+ finally gets the 8K treatment – but only on Samsung TVs 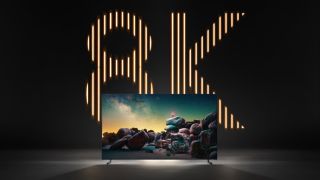 Samsung has announced that its 2019 range of 8K TVs will soon be the first to display the dynamic HDR10+ video format in the ultra-high 8K resolution.

HDR10+ is a competing HDR format to Dolby Vision, which similarly uses dynamic metadata to enhance and alter picture settings throughout supported films and TV shows, in order to optimize the picture for each scene. This is unlike the regular HDR10 format, which uses the same overall settings throughout the video.

The 8K version of the format is now compatible with Samsung 4K TVs, and every QLED TV from the Samsung 2019 TV range.

There’s no word on when this 8K content will be launching, though, and naturally will only be watchable by those of you with a Samsung 8K TV – like the Samsung Q950R 8K QLED, or Samsung Q900R 8K QLED – and with the high-speed bandwidth to play all those pretty 8K pixels.

What about Amazon Prime?

Samsung has named three large providers of TV streaming across Europe, with others like Rakuten TV likely to join the fray – according to Samsung’s own press release.

It’s interesting, however, that Amazon Prime Video – probably the best-known streaming service to support the HDR10+ format, unlike the Dolby Vision-supporting Netflix platform – isn’t included in this list of OTT (over-the-top) providers.

It may be that negotiations with the retail and streaming giant are still ongoing.  But given there is so little 8K content available anywhere, Amazon may be waiting for a larger catalogue before it joins in Samsung’s plans.

LUSH: setting the standard for AV onboard sailing yachts

We use cookies on our website to give you the most relevant experience by remembering your preferences and repeat visits. By clicking “Accept”, you consent to the use of ALL the cookies.
Do not sell my personal information.
Cookie SettingsAccept
Manage consent

This website uses cookies to improve your experience while you navigate through the website. Out of these, the cookies that are categorized as necessary are stored on your browser as they are essential for the working of basic functionalities of the website. We also use third-party cookies that help us analyze and understand how you use this website. These cookies will be stored in your browser only with your consent. You also have the option to opt-out of these cookies. But opting out of some of these cookies may affect your browsing experience.
Necessary Always Enabled
Necessary cookies are absolutely essential for the website to function properly. These cookies ensure basic functionalities and security features of the website, anonymously.
Functional
Functional cookies help to perform certain functionalities like sharing the content of the website on social media platforms, collect feedbacks, and other third-party features.
Performance
Performance cookies are used to understand and analyze the key performance indexes of the website which helps in delivering a better user experience for the visitors.
Analytics
Analytical cookies are used to understand how visitors interact with the website. These cookies help provide information on metrics the number of visitors, bounce rate, traffic source, etc.
Advertisement
Advertisement cookies are used to provide visitors with relevant ads and marketing campaigns. These cookies track visitors across websites and collect information to provide customized ads.
Others
Other uncategorized cookies are those that are being analyzed and have not been classified into a category as yet.
SAVE & ACCEPT
Subscribe For Latest Yacht Technology News